Introduction. Blockchain. Everything is a contract. Types of messages. Gas.

Everscale (hereafter ES) was created on the basis of the whitepaper and initial code of the TON (Telegram Open Network) project from Nikolai Durov. Essentially, the blockchain repeats the behavior described in this whitepaper: https://ton.org/tblkch.pdf , however, not everything works as is presented in the whitepaper.

In order to introduce the tutorial, we would like to speak about the Everscale blockchain and what makes it so promising.

When Nikolai Durov was creating TON, he was faced with the task of designing a blockchain platform that could accommodate millions of users while having low, stable transaction fees.

Durov was able to achieve this, and this is how:

Essentially, ES aims to be a decentralized replacement for AWS. Just as you can host your application on AWS, you can host it on ES. Hosting it on ES will not be much more expensive (if it is rarely used, it will be cheaper), but it will have maximum fault tolerance.

What do you need to know about the blockchain? ES is a multithreaded blockchain. There are different work chains (like global shards, they differ in parameters—there are 2 of them now), and the work chains are further divided into processing threads (like shards, just different validators execute transactions in different smart contracts in parallel, they are added dynamically with increasing load and then deleted).

But what you really need to know is that you don't have to think about where your smart contracts are. All communications between contracts are asynchronous via sending messages. It doesn’t matter if two contracts are in the same processing thread or even in different workchains, any call to another contract is a message being sent, and if you are waiting for a response, it will come in another transaction.

Everything is a smart contract!

On Ethereum, there are two built-in types of accounts: contract accounts that are deployed to the network and externally owned (wallet) accounts that are controlled by anyone with private keys and can initiate transactions. On ES, there are only contracts, there are no built-in contracts in the form of wallets on the blockchain. A wallet is just a smart contract, and there are many different kinds. Transaction chains on ES can be started by any contract with the help of an external message (if the contract supports receiving external messages).

Transactions are started when a smart contract receives a message. During a transaction, a contract can send as many messages as it wants to another contract. (Once received, these messages will begin another transaction).

There are two types of messages:

A message from nowhere or to nowhere :-) This kind of message has only a destination address or a sender’s address. Primarily, this kind of message is used to call contracts from the outside world ( from programs or wallets ). This is a fairly unique concept that allows any contract to start a chain of messages.

External messages work like this: you send a message with data from nowhere to a contract.

If this method is called then the transaction continues and the contract can create other outgoing messages.

If an exception occurs or the contract does not call tvm.accept() or the gas credit runs out, then the  message does not go to the blockchain and is discarded by the validator. (In simple terms, a message cannot get into the mempool if it cannot be successfully added to the blockchain).

Interestingly, an external message can contain any data and does not have to contain a signature. (For example, you can make a contract receive an arbitrary message every minute from anyone you’d like and as a result perform some kind of action, like a timer).

Here is an example of a simple wallet smart contract, which can only transfer money after receiving an external message:

Internal message. This is always a message from one contract to another. This kind of message always has to carry a certain amount of EVER with it because when another contract is called, there is no gas credit like in the previous case with an external message, and before calling tvm.accept(); (if this occurs) gas will be paid for from the VALUE attached to the message. If the EVER value cannot cover the gas fees, the transaction will fail.

dest.transfer(value, bounce, 0); - This is the creation of an internal message with the value sent which will call the receive() function of the receiving contract without any kind of data.

On ES, there are guarantees for the delivery and order of internal messages on the blockchain protocol level.

If you send a message, it will be delivered. 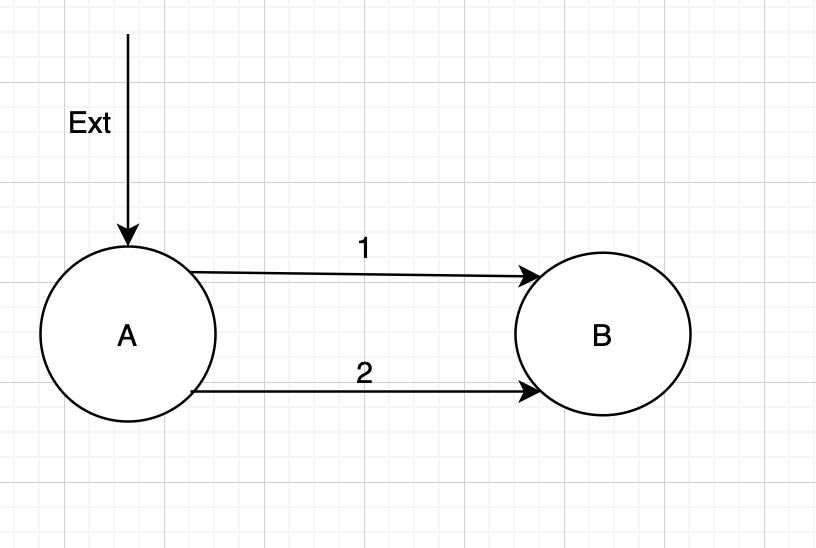 We are not going to cover the exact formulas here, these are available from: https://docs.ton.dev/86757ecb2/v/0/p/632251-fee-calculation-details

We will just cover what you need to know and what you are paying for.

Firstly, the gas price is a network parameter, and the price does not change on its own as a reflection of demand at a given moment.

In the future, it is planned to introduce a mechanism for controlling gas prices. Most likely, this will be realized with the establishment of a hard-capped maximum gas price (the current price) and a possible lower price which would be applied if the demand decreases. Gas price will be hard-capped because on this blockchain it is critical for users to be able to calculate the exact maximum amount of tokens that they will have to spend on any action. (Due to the asynchronous model employed, you have to be able to know how much money to attach to a message so that you can send enough to cover all transaction fees in the long sequence of messages)

The next part of this tutorial will cover what we need to know about TVM and the format of storing data on the blockchain.